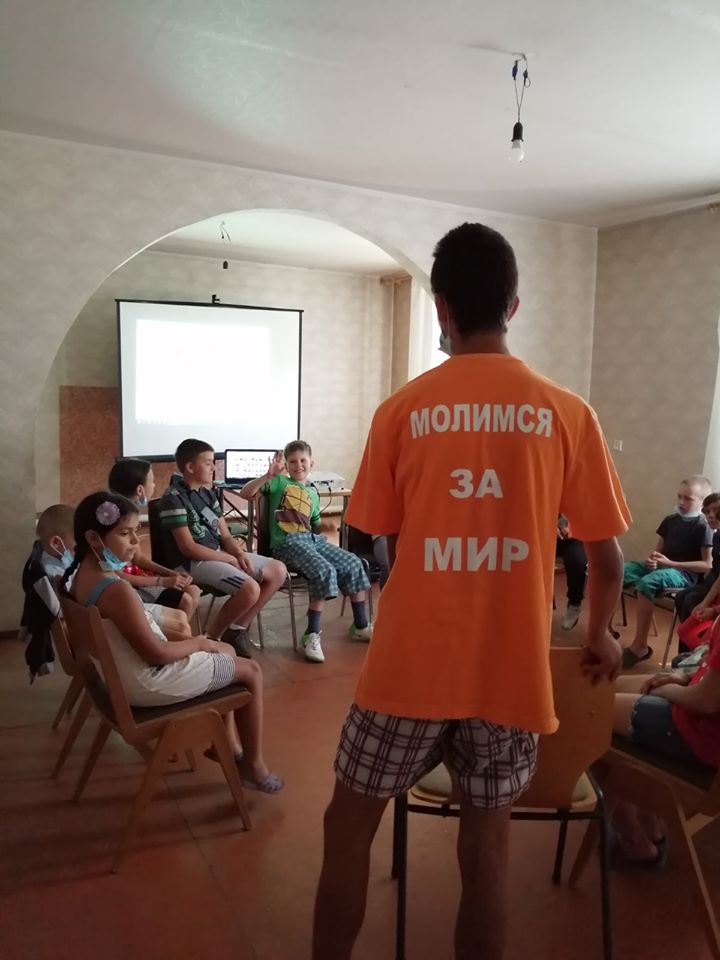 Last year we visited Ukraine to see the many excellent projects that Link to Hope supports over there.  One project is called the Angel of Light who do so much with the children of a village in the Red Zone.  This is the zone that is an area that is in dispute between Russia and the Ukraine.  As governments continue to debate the issues and the armies face off against each other a whole generation of children are growing up with the sound of shelling in their ears, schools getting bombed and a mute acceptance that their lives are at a full stop until someone makes a decision that could take many, many years.

We drove many hours to visit the Angel of Light in the village of Zhelannoye.  They have so many activities amongst the children that it came as a shock to be led into a house with a small kitchen and one room.  This was it!  We tried not to look surprised as we realised that all their activities took place there.  Throughout the day there was music, then singing, then craft, the food, then more activities, then an Alpha group for parents and so it went on.  They had very little resources but what they did have the children were so happy to have and  so they could just be children again for a few hours.

We tactfully asked about the size of the room and then took us to the other end of the village where a house stood.  Not only was it a two storey building but it also had grounds and large out buildings.  The owners just wanted out and were willing to sell for a few thousand pounds.  It would have been worth hundreds of thousands of pounds in the UK but location, location, location  Door of Hope and Link to Hope clubbed together and we bought the building.

And now this year as the Ukraine comes out of COVID-19 they have finally managed to start doing it up and the first activities have taken place.  One of the photos shows a girl dressed in pink.  We met this little girl when we were there and she had been a refugee and had to flee and was so traumatized that she had stopped speaking.  However she sang for us when we were there and her voice was amazing.  We looks transfixed by the piano so here’s hoping this aids in her recovery.

We couldn’t do this without our amazing supporter and our relationships with other like minded charities so thank you.