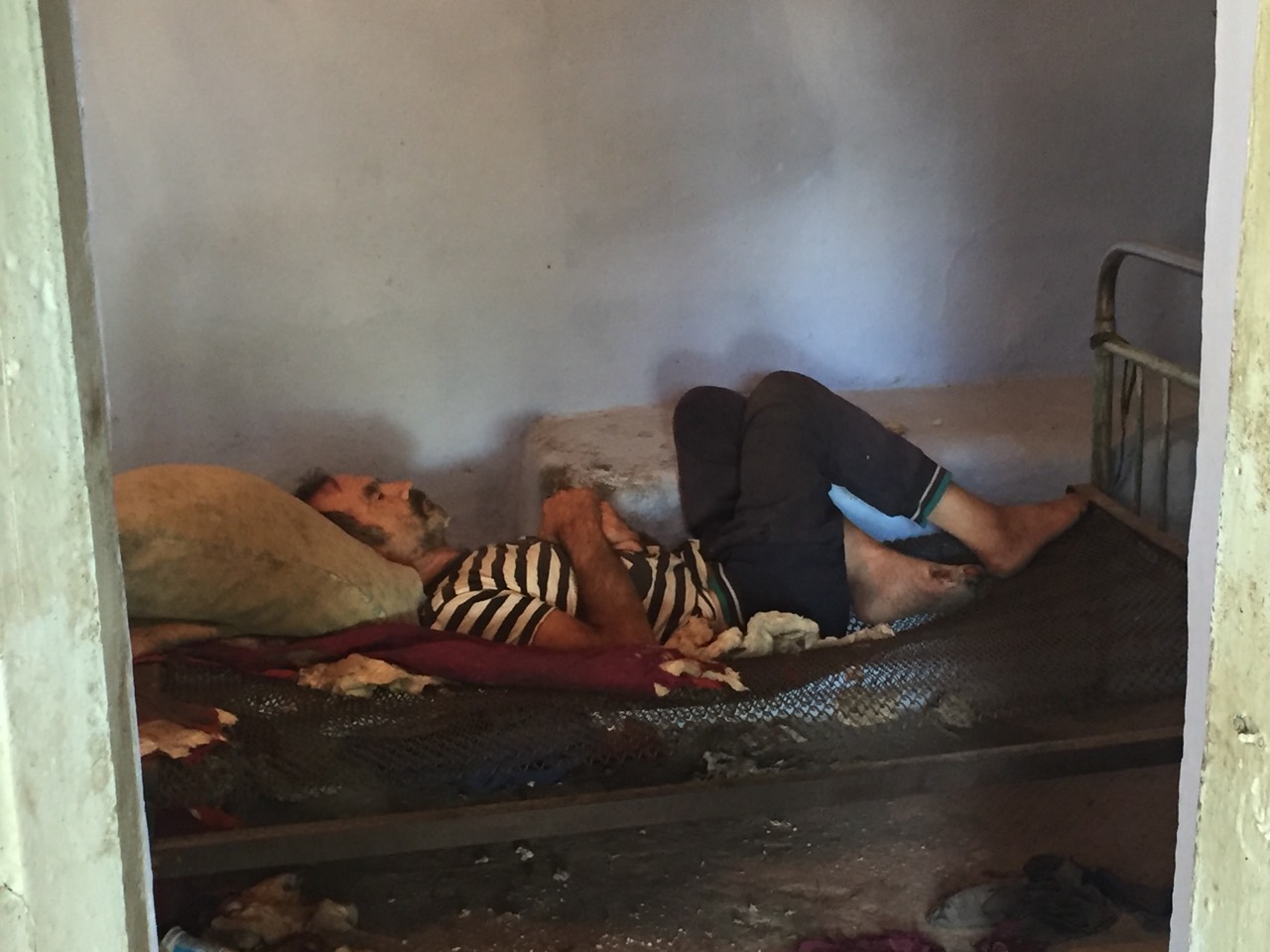 With your shoeboxes we are often able to go into places and situations that we may not normally be able to go into.  People may wonder who the strangers at the door are and may not trust them or want to talk to them. However with a brightly coloured shoebox clutched in their hands the whole situation seems a lot less threatening.  This is often how we are able to make relations with people especially the old who do not trust people and are afraid.  Once trust is established many people then come to the Inn of Love to be fed three times a week run by the Tabita team, in Dancu, Moldova  Through that first interaction of a present being given their lives have been transformed now with food, care, love, heating and companionship.  Here is such a story from Tania, the Tabita team social worker 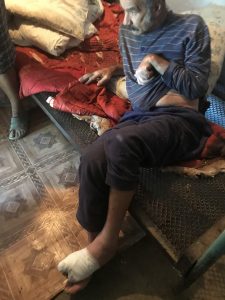 “The Hortol family lives in Cioara, in very difficult living conditions and great poverty. Victor is 53 years old and many years ago he was married and he lived in Ukraine. He has two girls, but while they were young, they were divorced and returned to his home country Moldova. Here he lived for several years until he suffered a stroke and was in a coma for a week. After suffering the stroke his arm and leg were paralysed and in this condition he was brought to his mother at the parent’s house two years ago.

When the Tabita team were driving past they saw the elderly mother in the garden trying to pick some grapes as there was no food in the house.

His mother, Ioana, is 83 years old and she is also sick and cannot work anymore in the household. When the Tabita went inside the house they found the family they had nothing to eat, and Victor was lying in bed with gangrene on his leg on the bare blanket of the bed without mattress and bedclothes. 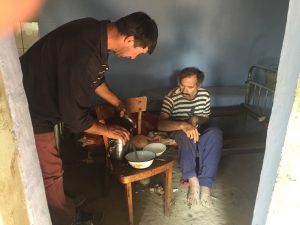 The Tabita team made a decision and two hours later they returned with food and to ask more about the family and what they could do to help.  Victors leg had developed gangrene and looked very infected.  The Tabita team took him to the doctors to see what they could do.  The doctor managed to save the foot but said that given another couple of days without treatment he would have lost the foot entirely.  It turned out that the local authorities had known about Victor but because he didn’t have papers they didn’t get involved.  A call was made to the local Mayor and this was sorted out by the Tabita team so that Victor could receive treatment. 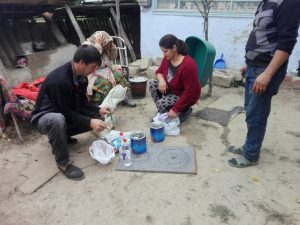 When they visited Victor again, he said he felt a little better after being taken to the surgeon by our Tabita Team who were taking them their lunch at home.  His sister was there, because she was washing clothes for her brother to have something to change into and was delighted when she saw the washing powder we brought, as well as the food package (Oil, sugar, rice, oatmeal, buckwheat, wheat flour, macaroni, 2 pates, 2 consoles with meat, salt, tea, biscuits, sweets, bread, wheat flour, corn meal, matches, soap, shampoo). They gladly received everything the Tabita Team brought and thanked them with tears in the eyes, because almost no one opens their door and does not help them with anything. They also thanked them for the hot lunch we offer, which is an enormous help for them in the difficult conditions in which they are in.

Both Victor and his mother hardly can survive only with the very small pension of the mother. We pray to the Lord for them, that in this difficult situation they may know God more closely, who are endeavouring to seek him anywhere. We in our turn will pray and work with this family, discussing with them and helping them according to the possibilities and resources that come from God’s mighty hand. Many thanks to Link to Hope because with you kind support towards feeding program we can now take care of these dear people and show them the love of God” 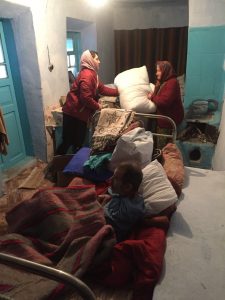 The good news is that Link to Hope has a fund called Club Link.  Supporters donate £5 a month and we are able to use these funds for emergency situations.  We used some of the funds to repair the families wood heater, buy a new mattress and covers for the bed, a duvet and repairs to the house.

This is the latest feedback from the Tabita team

“We wanted to send you news about the man from Cioara whom we found last year at the high risk of dying in the house because of his serious health conditions. He and his mum are living in the same house and I am happy to tell you that they are safe and their life conditions are so much better now. His foot is not completely healed but we are still helping him with medication for this. The reason for taking so long is because he is diabetic.

The main thing for us is that now they are safe. we are giving them food from the Inn of love project. Their have better conditions and their house is warm because the stove was repaired and off course they don’t feel lonely anymore because they became our friends. Thank you very much for your wonderful help towards helping this man and his mom. Words can not be described just how much this means for them and for us when we see the difference.”

Thank you to eveyone that supports Link to Hopes work and enables us to support people such as Victors family and many others. 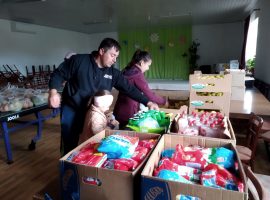 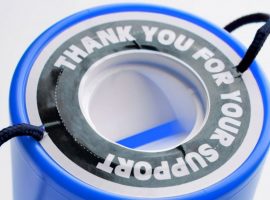 Link to Hope is still open and helping 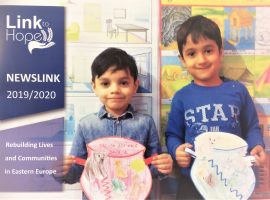