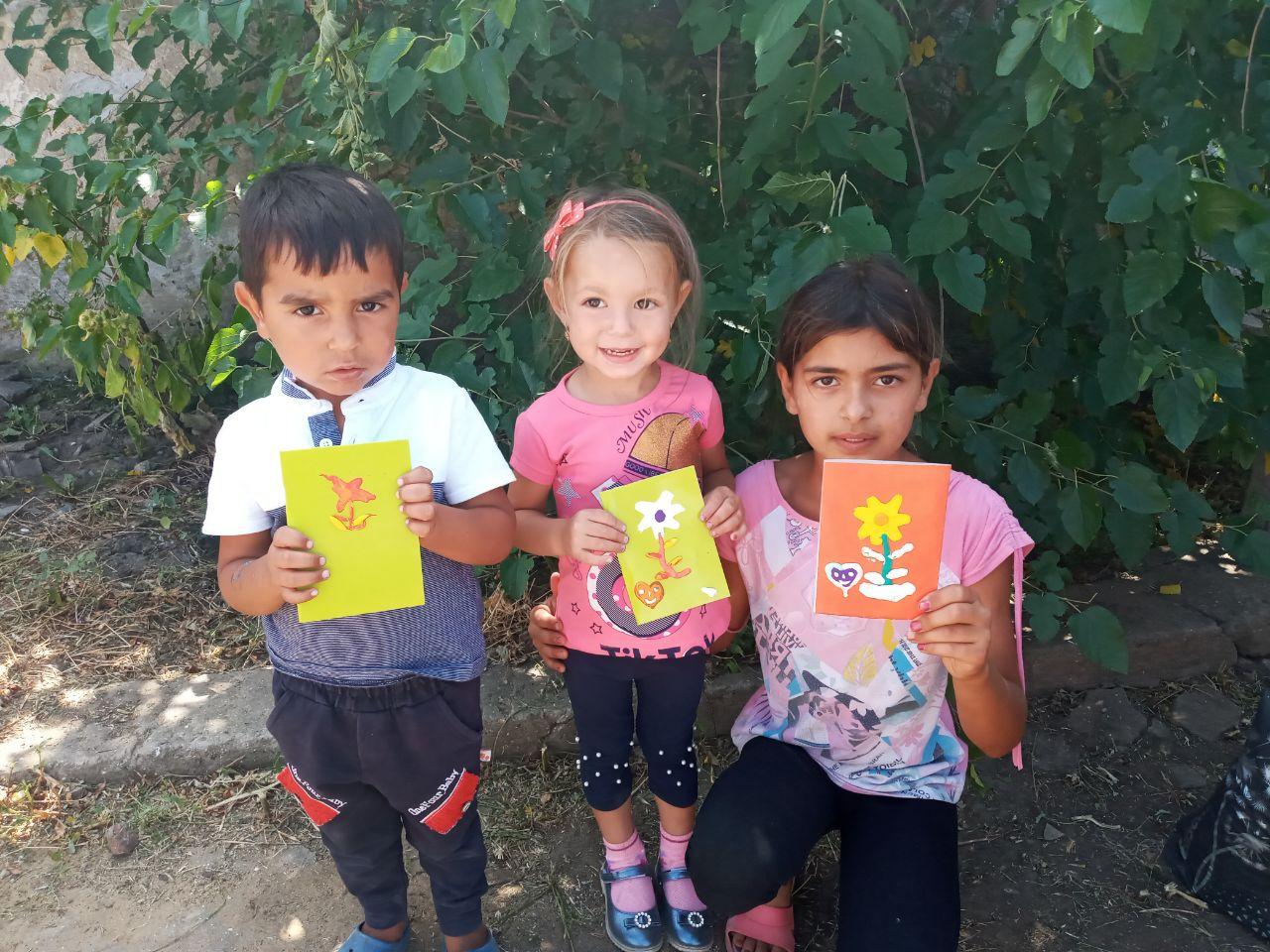 During COVID-19 schools were closed across Eastern Europe and children started to learn from home on their computers.  However the children we support don’t have computers or smart phones or the internet and so have been left with no education for the last few months.  It is hard enough for a poor or marginalised child to stay in school and do well but going back and being even further behind your classmates is nigh impossible.

In a village in the Ukraine one of our project managers Max was desperate to run a three week summer camp.  He envisioned part of it being educational and helping the children catch up with what they had missed during COVID-19.  He approached Link to Hope with his idea and one of our supporters stepped forward to fund the entire summer school.  They had not been able to go on holiday this year so sacrificially donated the money in order to help these children

“Once again, I would like to thank you for the money you provided for the camp for Roma children in Berezivka. Thanks for your help, we were able to give a good mood and knowledge to a large number of children. As we planned, our camp was divided into 4 locations. At the first location there were school classes – there were online lessons to improve students before the school. A professional teacher from the school prepared these lessons in Mathematics, Ukrainian language, Science and Physics. The second location was  a sport where children played football, volleyball and other outdoor games. The third location was a workshop where children made crafts and the fourth location was where we told  children Bible stories. At the beginning of our camp 47-48 children came. 60 children were already coming to the middle of the camp. By the end of the camp, we already had 67 children, and some of them were not Roma but Ukrainians. The parents of these children really liked the camp because they understood how important it was for the children to go to school and keep up with their classmates. We cooked every day. These were sandwiches and juice or juice and candies or homemade cakes. We ordered everything fresh. The children really liked the treats.

Our team consisted of 5 people, most of whom were volunteers. They also played sports, prepared crafts, and bought products for snacks for children. We are very pleased the way the camp was, because many children came, met us in the morning, smiled and we had a very good time.

The result of this camp was that the children went to school in September with good preparation, and they had  great 16 days of camp. We met them and their parents, who met us all the time and thanked us for our ministry for their children. Another result was the following: one woman who had been a volunteer for only 1 day expressed a desire to help work with the Roma. Before the Roma, she had a ministry to go to orphans in orphanages, but now orphanages in Ukraine are being liquidated and children are going to families, that is, for adoption. Now she wants another ministry. She is very experienced, she has a team and now we are planning how we will continue working with children in Berezivka, which we started thanks to your camp. It was very good support from you and once again I want to thank those people who donated money and were involved in this work”

What a fantastic opportunity for children like these who are largely ignored due to their poverty and background.  Amazing.